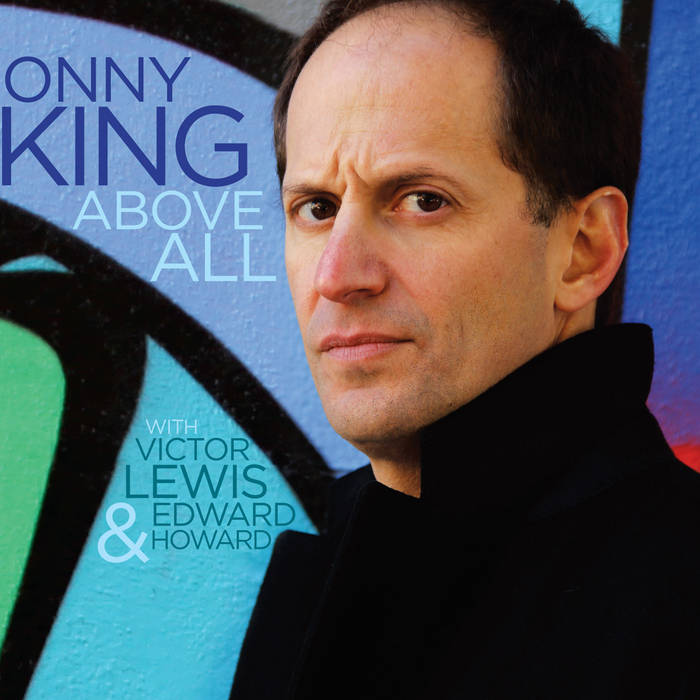 At the height of his career, Sonny Rollins left the scene and practiced on the Brooklyn Bridge. Charles Lloyd retreated to Big Sur to meditate at the zenith of his stardom. And Miles Davis was persona non grata after his heady, fusion seventies days. So sabbaticals are nothing new in jazz: they often provide the musician with a replenished spirit to scale new artistic heights.

Such is the case with the New York-born, Princeton and Harvard-educated pianist/composer/author Jonny King. From the so-called Young Lions era of the eighties to the year 2000, he sat in with Art Blakey, worked with Christian McBride, Joshua Redman and Bobby Watson, recorded some critically acclaimed recordings as leader, and wrote What Jazz Is, one of the best books on the subject. And then, at the turn of the century, he took a respite from recording and touring to practice law!

With the release of Above All (Sunnyside, Mar. 27, 2012), King – who composed all ten tracks - returns to the jazz scene with an all-star trio supporting cast consisting of the legendary drummer Victor Lewis and bassist Ed Howard. “For me, jazz is always best when it is most collaborative, when every note you play and every chord you strike is a response or comment to your fellow musicians,” King writes in the CD liner notes. “When my good friend and long-time music publisher Don Sickler first conceived this trio project, there was no question in my mind who my collaborators should be.”

King’s pianism – an imaginative and healthy blend of Bill Evan’s impressionism, Earl “Fatha” Hines’ horn-like phrases, Bud Powell’s bop fluency and McCoy Tyner’s power – is buoyed by Howard’s sure-footed basslines, and Lewis’s lickety-split drumming; resulting in a terrific triad of swing and improvisation. “I needed Ed and Victor in the trio,” King writes. “The three of us have performed together in various contexts through the years, most memorably at The Jazz Standard and the now defunct Sweet Basil in larger group settings, and there has always been this constant feeling of dialogue between us.” That dialogue is aurally evidenced by King’s ingenious compositions, which highlight his own signature take on the music, while referencing the unmistakable imprint of the jazz immortals.

“Without setting out to make a ‘tribute’ album, I realized later that many of these songs are, in fact, tributes of one sort or another …,” King writes. “The rubato intro to ‘The Wedding Song’ was inspired by John Coltrane’s powerful ‘Love’ from First Meditations, and ‘The Silver Lining,’ while nothing like a Horace Silver tune, is a tip of my hat to that great master. Some tributes are more personal. I wrote ‘Lullaby For Cecelia’ for my daughter Cece when she was a little baby, grasping irrationally with her tiny hands at needs and things she wasn’t able yet to express. Lila – your turn is next! ‘Neither Here Nor There’ is a song for my dear, departed friend Tony Reedus. One of the swingingest, most distinctive drummers out there, as his track record attested, Tony was also one of the funniest, most honest people I’ve ever been privileged to know.”

The title selection, a haunting ballad, not unlike the Debussyian/Ravelian balladry one hears in Bill Evans’s most poignant works was composed in tribute to the leader’s father, Edward J. King, who died in 2009. “I wrote the piece shortly after he passed on, and while nothing I can ever write or say will pay him sufficient tribute, I offer it as a reflection on his wisdom and kindness. He was, above all, a true gentleman. When we first let the tapes roll on this tune, the result was a little scattered and unfocused, maybe because its subject is so emotional for me. Ed pulled me aside, reminded me to reflect on why I wrote the song when we played it, and the next take fell right into the place where I wanted it to be.”

Jonny King’s poetic and profound pianism is largely the result of his self-taught mastery of the jazz keyboard tradition. Born in New York City in 1965, King started playing the piano at the age of nine. While he was still a child, he got to know piano giants Earl “Fatha” Hines and Teddy Wilson, and played an impromptu gig with Dizzy Gillespie when he was ten. He continued his studies with bop legend Tony Aless and Mulgrew Miller: an alumnus of Art Blakey’s Jazz Messengers and Tony Williams’s groups. During the eighties King was regularly featured in some of New York’s most famous nightclubs – from Sweet Basil and The Jazz Standard to Bradley's and Visiones.

He has worked as a sideman with Joshua Redman's Quartet, the Blue Note Records cooperative band, OTB, Christian McBride, Ralph Moore, Bobby Watson, Kenny Garrett, David Sanchez, Joe Lovano, Roy Hargrove, Tom Harrell, Eddie Harris, Jesse Davis, Randy Brecker, Vincent Herring and many others. King made his mark as a composer, and his work has been recorded by Dave Holland, Billy Pierce, Tony Reedus, Charnett Moffett, Alan Dawson, Renee Rosnes and Mulgrew Miller. King‘s recordings as a leader include: In From the Cold (Criss Cross, 1994), From The Underground (Enja, 1996), and The Meltdown (Enja, 1997). That same year, he authored the book What Jazz Is (Walker & Company), a critically-acclaimed beginner’s guide to the music, which is still in use at several colleges and universities, including New York University.

A graduate of Princeton and Harvard, in 2000, King took a sabbatical from jazz and started practicing law as a trial attorney in New York. Now, the jazz world welcomes the return of Jonny King to the fold with his stupendous CD Above All. “When we did multiple takes of tunes, each rendition was completely different – different tempos, lengths, feels, and directions, all driven by where that particular moment took us,” King says. “Recording studios, headphones and booths don’t usually promote that kind of freedom, but you can’t help feeling liberated with Victor and Ed along, prompting you with new rhythms, harmonies and ideas.”

Bandcamp Daily  your guide to the world of Bandcamp